From February 26. – March 12. a student group from the Technical University Dortmund came to Vancouver and continued their study of the False Creek Flats future development around sustainability.

Their study was very extensive and engaged various stakeholders throughout their stay: businesses who reside in the area such as Recycling Alternative, as well as the City of Vancouver, Vancouver Economic Commission, the planning department at SFU, City Studio, the son of Jane Jacobs, Ned Jacobs, and the World of Walas. Their curiosity was around the word sustainability itself, how it is seen and implemented differently in cities around the world, as well as the meaning and presence of Heritage in Vancouver and green spaces.

Other themes in their research included education and the new Emily Carr Campus, connectivity and transportation in regards to the VCC-Clark station and Walk-the-line as well as innovation and the planned Innovation hub. While assessing each theme carefully, the students presented examples of German cities where an observed challenge had been successfully solved.

While presenting their research to us, our CEO Gerben van Straaten was able to provide them with insights on sustainable urban development practices around the world, projects he has been involved with and given his recommendation on the sustainability of such projects – equally economically, environmentally and socially.

We are happy to continue building the bridge between Germany and Canada and improve the way we plan, built and prosper in our cities. 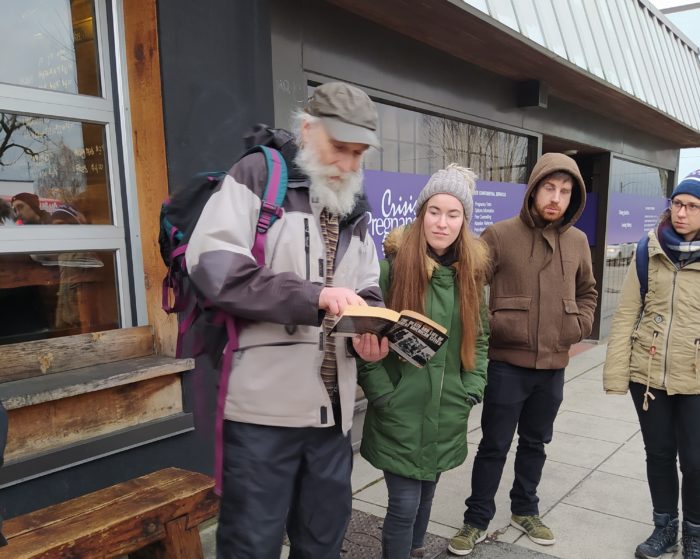